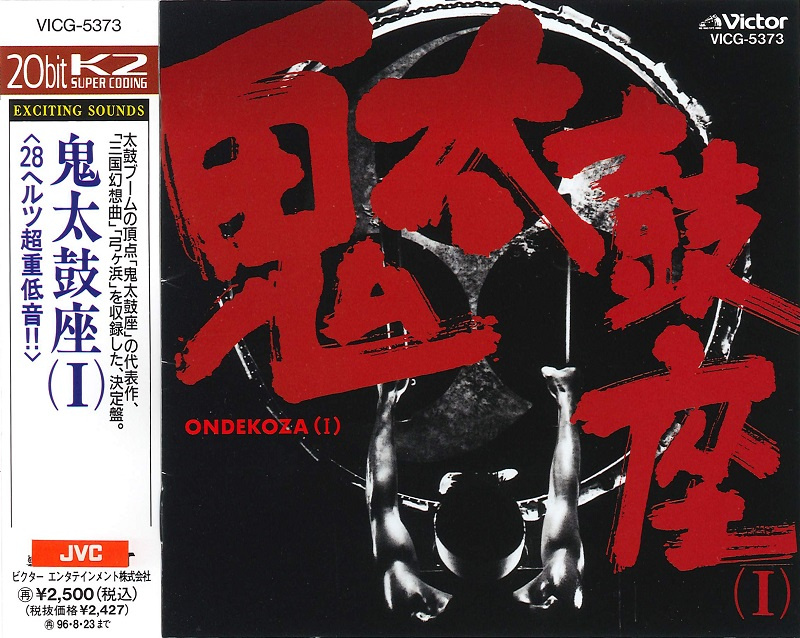 Most of the folk arts of Japan are intimately related to the traditional performing arts presented at the festivals held at shrines and temples.

Of these, kagura (music offered to the gods), which features the use of enormous drums, has been played all over Japan since ancient times.

Ondekoza is a group of (mostly) percussionist, which has brought together a large number of young people who have been training for many years. Each day, the group’s members run for 10 to 20 km, to build strength and stamina. They play new arrangements of taiko (drum) music which are rooted in the essence of various folk arts from all over Japan, including kagura, which can be considered as the home of the Japanese spirit.

Ondekoza’s powerful impact and energetic performances on their huge drums are already widely known all over the world through LP records and CDs. This CD includes typical pieces performed by Ondekoza’s original members.